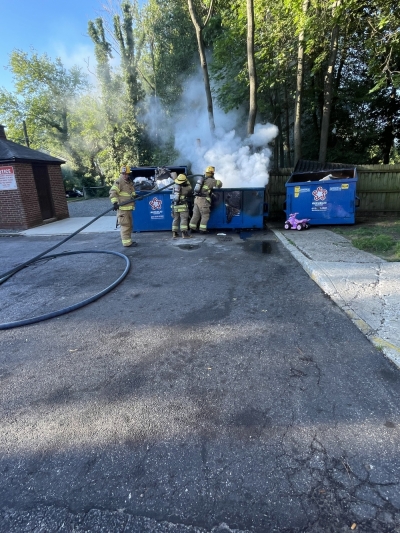 At approximatly 7:00am of the 4th Engine 129 was dispatched at a dumpster fire in the parking lot on the 100 block of West Maple Ave. E1291 and E1292 responded and extinguished the fire.
MVA West Maple Ave 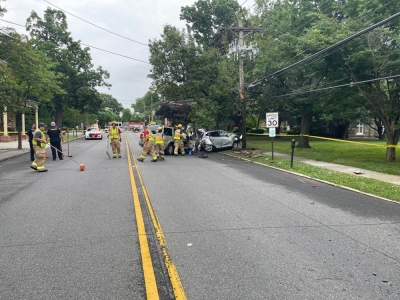 At approximately 10:30 am Engine 129 was dispatched to a 2-car motor accident in the unit block of West Maple Ave
Brush Fire 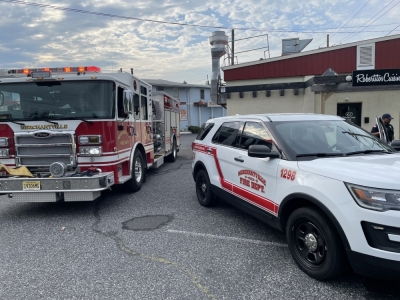 at approximately 7:20 am Engine 129 was dispatched to for mulch that was smoldering in the 100 Block of South Centre Street.
Tree limb across the road way on Hamilton 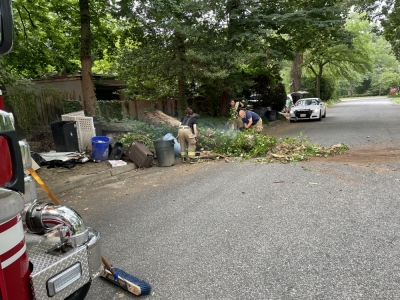 Engine 1291 was dispatched to a tree that had fallen across the roadway. E1291 cut the tree up and cleared the roadway.
About us

On May 2, 1888, at a meeting led by former United States Senator Alexander G. Cattell, himself and a group of concerned citizens had joined to lay the ground work for the formation of a fire company. This meeting was called for after the destruction of Judge John Hanna's barn on April 22, 1888. It would come as a coincidence that the first emergency this newly formed fire company would be called to would be at Senator Cattell's own property.

In March 1827 the Niagara Hose Company had been founded and housed at Third Street below Catherine Street. They remained here voluntarily serving the people of Philadelphia until 1871 when the City had created the paid Philadelphia Fire Department. After the creation of the paid department the volunteer Niagara Hose Company, who at this point was just a social organization, had heard of another volunteer company being formed in Merchantville. Since they were now but a social organization they had no need for the firefighting equipment they had and in a desire for their name to live on as volunteer company, the Niagara Hose Company of Philadelphia, had passed this equipment onto the newly formed company. This equipment consisted of a four-wheeled hose carriage and 600 feet of leather hose, the chief's silver speaking trumpet, as well as the marble name stone that is now currently mounted in the memorial out front of the current firehouse if the new fire company would take the name of "Niagara."

The firehouse was not always located where it sits today but rather the first firehouse sat across the street at 19 E. Park Avenue. This first firehouse was constructed in 1889 costing $1,226.00. In 1895 the building had some upgrades consisting of a bell tower and hose dryer. The following year a bell was purchased to hang in the bell tower from the Weccacoe Fire Company of Camden, located at Fifth and Arch Streets, at a cost of $50.00. This bell now hangs from the monument in front of the current firehouse.

In 1926 a second building was built which is presently the western quarter of the firehouse. After returning from a call in 1935 this section of the firehouse had burned also causing a lose of one of the three trucks housed at the time.

In 1955 the new $50,000 firehouse was dedicated and is still to this day the home of the Niagara Fire Company and its proud members. 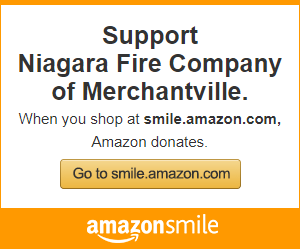 Listen live to Camden County Fire and EMS by clicking below.

This site has been viewed 99,001 times.
Calls
News
Events
Pictures
Apparatus
FollowTweet
Maintained by the members and staff of Merchantville Fire Department - Niagara Fire Company. Designated trademarks and brands are the property of their respective owners. Copyright © 2006-2022. YourFirstDue Inc. All Rights Reserved. Content on this web site is supplied by Merchantville Fire Department - Niagara Fire Company. YourFirstDue Inc. cannot be held responsible or liable for any content, text, pictures, or any other media found on this web site.
Management login
Powered by